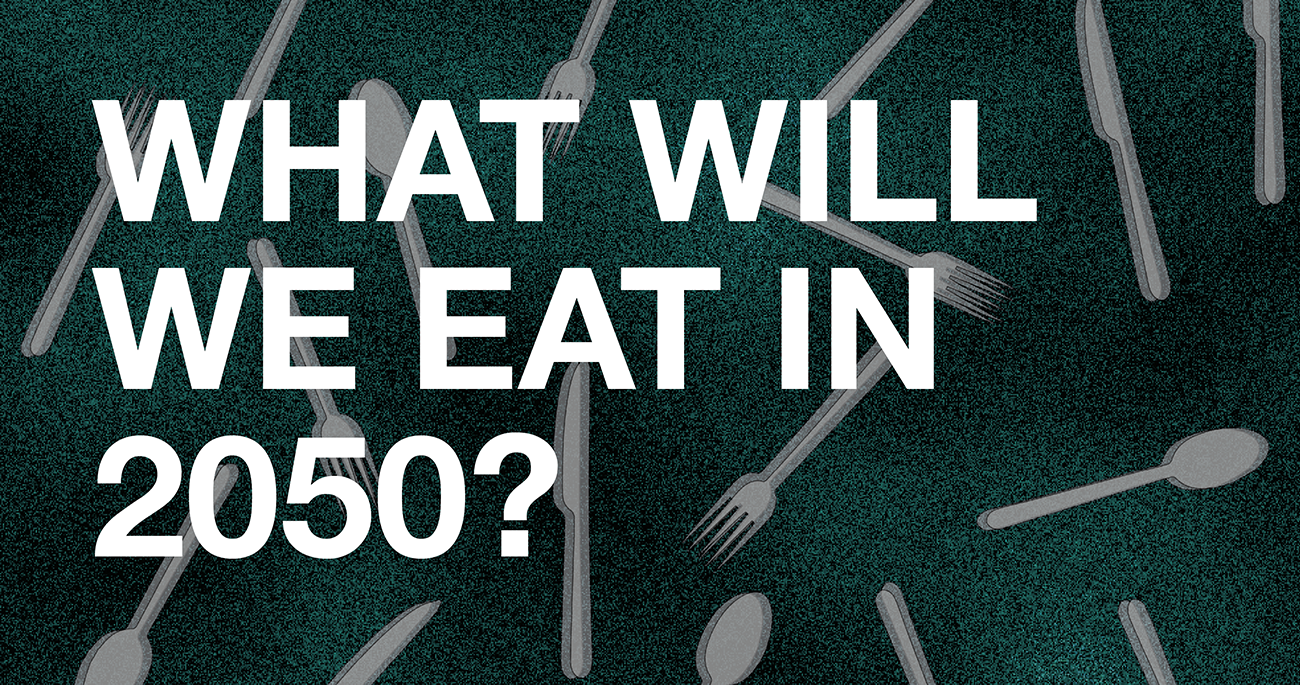 What will we snack on in 2030? Could we hack our own digestive system? What if we move the farm into the city? Can we eat ourselves to happiness? Can we build a farm under water? What if we preserve food instead of waste it? Can something nutritious be equally delicious? What could be new sources of green protein? How can we feed 10 billion people in 2050? 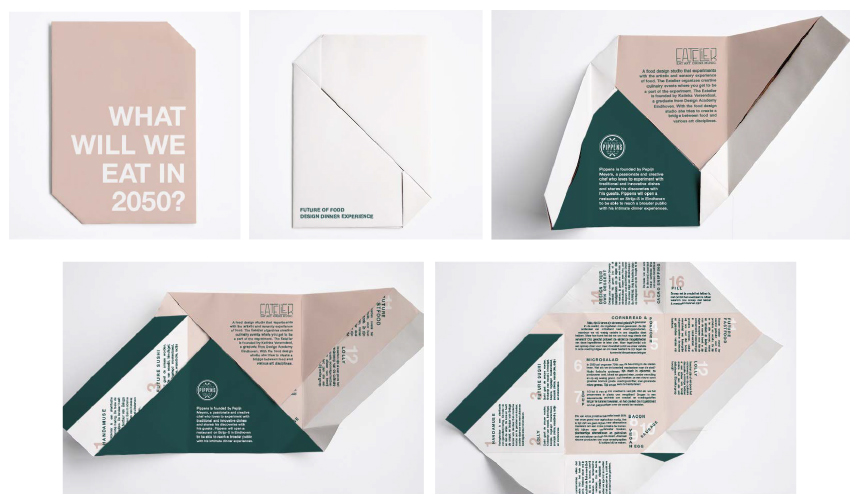 Creative chef PIPPENS & food design studio THE EATELIER joined forces to give answers to this question with a delicious culinary event that takes place in the midst of the creative workspaces of collaborating designers on the Sectie-C terrain in Eindhoven, the Netherlands.

They created the “Future of Food”, a dinner experience that translates their research about the future of food into a 16 course sharing dinner with new, delicious & nutritious ingredients and eating experiences. All this will be in dialogue with the designer, who invites you into their workspaces and take place at their tables, so you can see how they imagine, think, re-think and consider everything and help us imagine an exciting, interesting and more sustainable future.

This project has been awarded.
Gold Winner in the Future Mars Life Design Competition – China

By joining forces the talents of both the food designer and the chef are being amplified by each other. The Eatelier developed a research into the future of food, highlighting topics like food waste, biodiversity, urban farming and green protein in context of a growing world population, a changing climate, strong urbanization and a need for sustainability. The conclusion of that research results in ingredients, preparation methods and an entirely new philosophy for the culinary world of the future. Together with PIPPENS, translating this into dishes that are both enjoyable but come with a strong message with the intention to create a pleasant, exciting but eye-opening evening for our guests and start the discussion around the future of our food.

“The Eatelier developed a research into the future of food, highlighting topics like food waste, biodiversity, urban farming and green protein in context of a growing world population, a changing climate, strong urbanization and a need for sustainability.”

Most of us were born into a world of countries, but by the time we leave this planet, it will basically be a world made up by 600 rather powerful cities. The rapid urbanisation of recent decades is just the beginning of an ever-steeper growth curve. By 2050, the proportion of people living in urban areas will have surged to 70 percent. Over the next 40 years, the volume of urban construction for housing, work spaces and infrastructure could roughly equal the entire volume of such construction to date. Our urban environments already have a serious impact on our mental and physical health, so what happens when our cities become even more crowded?

In the decade to come, we will see explosive population growth in some countries and decline in others. In the developed world, we will see an ageing population and slow population growth. Other societies are young and fast-growing, which will have far-reaching impacts that include new, larger consumer markets, growing pressure on the supply of critical resources, and sweeping changes in people’s personal and social goals and aspirations.
More people will need to be fed, housed, educated and employed for productive potential to be realised.

The world population is expected to increase by 2.5 billion by 2050, to nearly 10 billion people. More and more of these people will move out of poverty and into the new global, urban consumer class. (UN, 2014)

Over the last decade, we have seen shifts in the global economic power balance from West to East, as well as growing middle classes in emerging economies where standards of living and purchasing power are improving.
We witness reduced poverty, better health care, greater educational attainment, strengthening of women’s rights, and widespread use of new communication technologies. As a result, individual empowerment will accelerate substantially during the next 15-20 years.

In 2030, there will be nearly 8.3 billion people in the world. Combined with the consumption patterns of an expanding middle class, the demand for resources will grow substantially. The world will need 50 percent more energy, 40 percent more clean water and 35 percent more food. Unfortunately, climate change is likely to worsen access to these critical resources for many people. It’s simple: we cannot continue to race through our planet’s finite resources. All the evidence suggests that if we continue at our current rate, we will soon need a second planet.

The number of people directly or indirectly connected to the Internet will soon be close to 100%. (Scientific American; CIFS, 2015)

The pace of technological change is increasing exponentially. The perpetual flow of ideas and innovations creates ever more powerful enabling technologies, where potential user scenarios are limited only by the human imagination. Every hour of every day, breakthroughs in frontiers of research and development, ranging from artificial intelligence and big data to automation and new, digitally enabled business models, are transforming our world. Technological breakthroughs are constantly and significantly impacting the size and shape of the world’s manufacturing and high-tech sectors and are also creating completely new industries, constantly offering new opportunities for companies as well as individuals.

Up to one third of all food is spoiled or squandered before it is consumed by people according to UN Food and Agricultural Organisation. Food waste is prominent in the efforts to combat hunger, improve food security in the world’s poorest countries and preserving the environment. Reducing this loss is a critical step towards securing enough food for a fast growing world population.

Powdered food has been gathering traction lately. The meal replacement is available in both liquid and powdered forms and includes all the elements of a healthy diet: protein, carbs, unsaturated fats, alongside all the necessary vitamins and minerals. Today already, nutrient-dense products have become game changers for treating severe malnutrition in developing countries.

Algae are the fastest growing plant organisms in nature and is a great alternative source of vitamins, protein and minerals. Because of this, the mean and green aquatic plant has a lot of potential as a scalable food source, as it can be grown anywhere — often in vertical fermentation tanks — without using large amounts of land or water.

3D food printing has the potential to save the environment, while revolutionizing food production — converting alternative ingredients such as proteins from algae, beet leaves, or insects into delicious meals. In addition, 3D food printing opens the door to food customization and personalized nutrition.

Grains, legumes and nuts continue to gain in health reputation for providing abundant protein and micronutrients. In the near future, more and more local farmers will breed new varieties of grains to thrive in their regions, marrying classic seed selection with modern technology.

Insect eating is common to cultures in most part of the world. Over 1,000 different insect species are eaten in 80% of the world’s nations. Insects generally contain more protein and are lower in fat than traditional meats and have about 20 times higher food conversion efficiency — making it a viable addition to our current menu.

Artificial meat is an animal-flesh product, grown inside a laboratory. The first lab grown beef burger was presented in 2013 and cost $325,000. Today, that very same burger costs only $10. Artificial meat is a viable near-future alternative to the increasingly unsustainable practice of cattle farming.

Collaboration between The Eatelier & PIPPENS 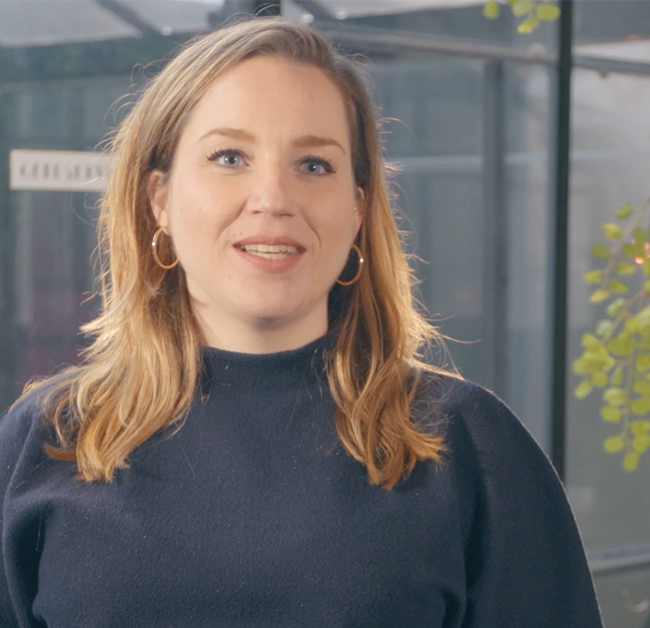 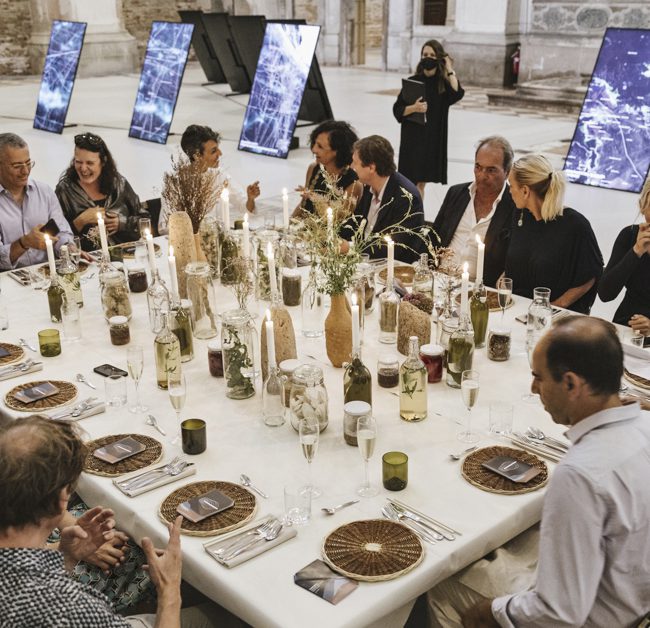 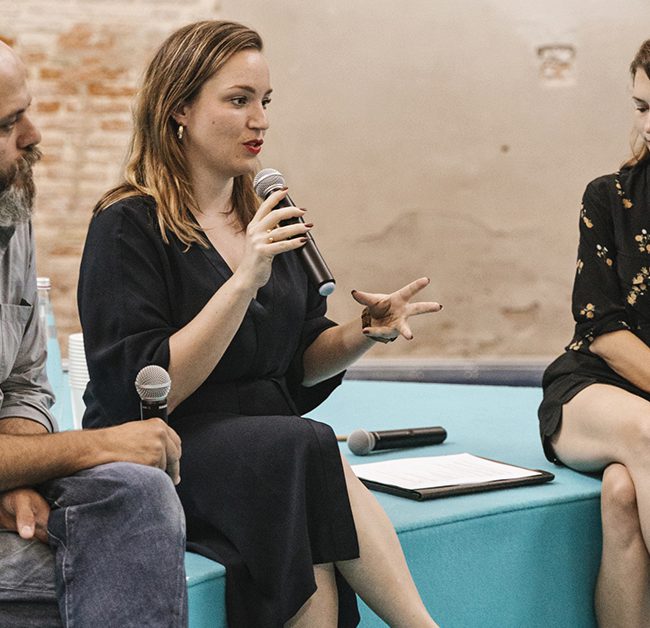 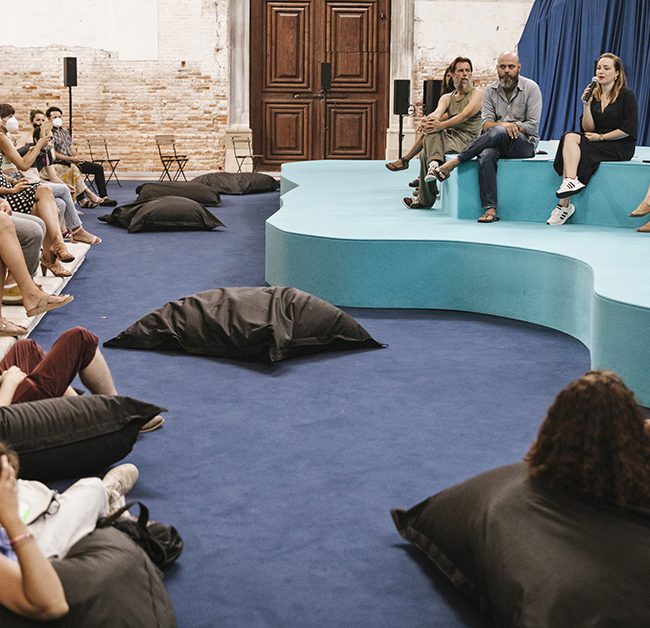